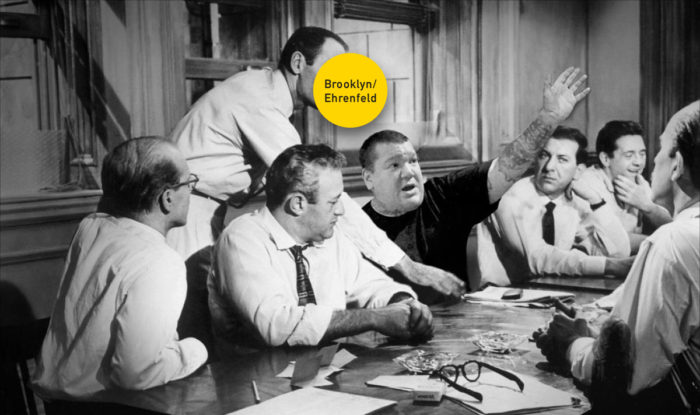 In this episode of the mighty Aethervox Ehrenfeld Podcast I have a conversation with New York hardcore legend Paul Bearer of Sheer Terror and Joe Coffee fame. It took a while until I finally convinced Paul to do this with me and I was very happy when this finally happened. We talk about his life and career as well as growing up in old New York and how life in the city is in 2016. I learn how Marky Ramone eats a Snickers Bar (it’s disgusting) and that Paul wishes he could write cheerleader lyrics like Jamey from Hatebreed.

This conversation is of personal significance to me (I forgot to tell him that I have a Time don’t heal a Thing Tattoo on my shin). To this day I can relate to Sheer Terror as a hardcore band and Paul as a character and the driving force behind it because of the deeply personal approach in the lyrics, the nihilism, the misanthropic undertone, the poetry and at the same time the wit and hilarity of them. Paul is not a bitter guy at all and very easy to talk to. Also he is a great singer and entertainer. I truly appreciate the time he took to have this conversation with me.

That being said: We did this via Google Hangout on Air and there is some sort of time delay from Brooklyn to Ehrenfeld (who could have foreseen that) which might be confusing to listeners. Also the submitted audio quality is not the best, some words are cut of and Paul speaks in his unique Staten Island mother tongue, which I have been told is not easy to understand by the untrained listener. Thus I made the decision to release this episode of the podcast as a bonus in between Thursdays.

I hope all of you enjoy listening to this as much as I enjoyed doing this with Paul. I guess you can easily hear the excitement in my voice.

Liked it? Take a second to support Christian on Patreon!